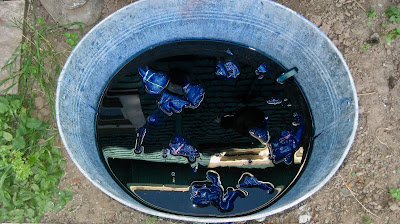 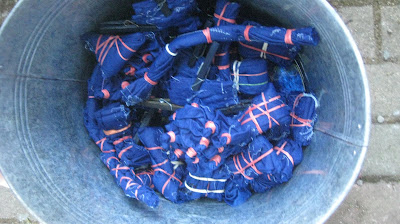 Over Memorial Day weekend I decided to dye some scrap canvas that I had sitting in my studio. The canvas was from some heavy canvas totes that were defective and the company sent me replacements. They did not want me to send back the defective tote bags. I kept thinking that I would make something with the fabric but I was not sure what to make. So I started by doing some Shobori wrapping designs. I'm kind of infatuated with indigo but since I did not have indigo I used some nice deep blue fabric dye that I had bought last year. We started by wrapping the 14x15 pieces of fabric in different ways to create various patterns on the fabric. We soaked about half the pieces of fabric in water before putting them in the dye as that is what the directions suggested. 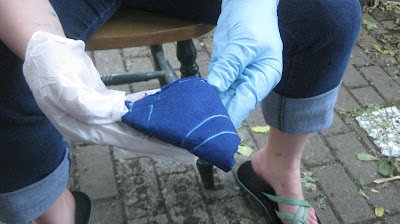 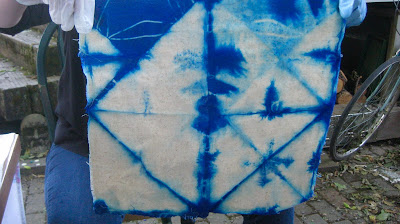 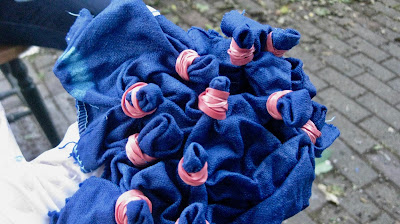 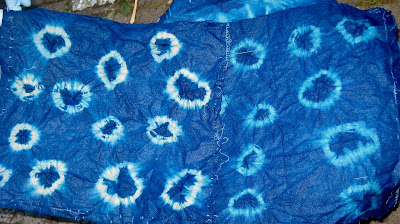 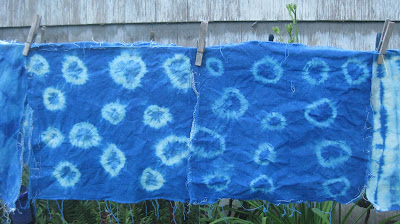 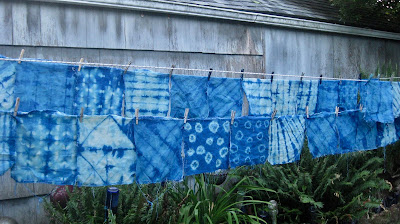 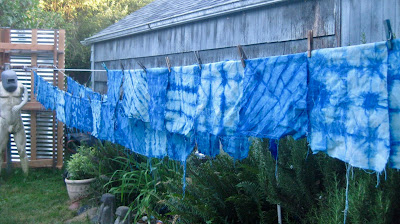 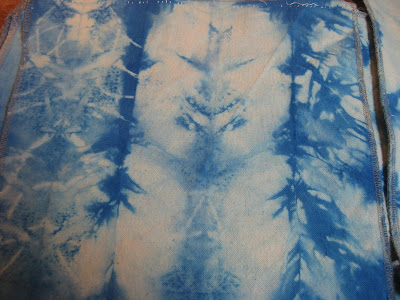 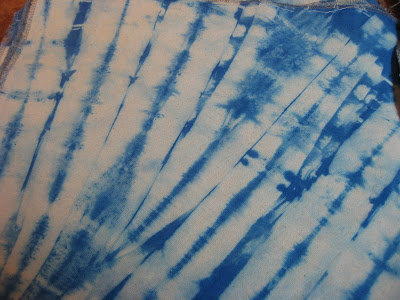 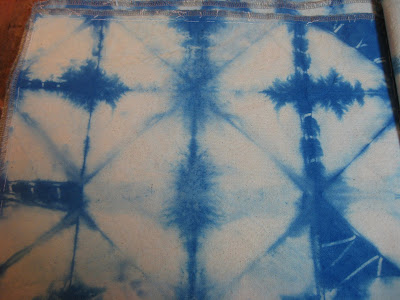 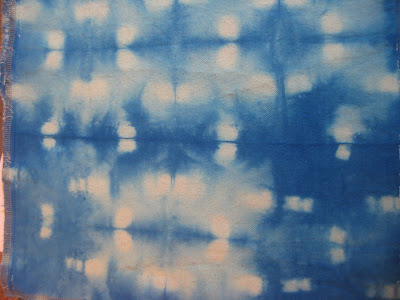 I liked the fabric that was not soaked in water before going into the dye as the contrast is stronger and I believe there is a clear design in the patterns. 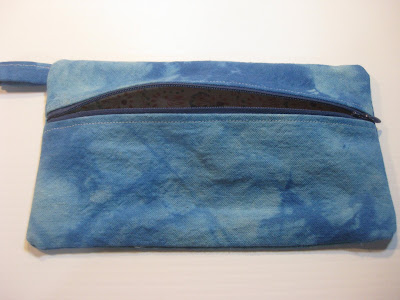 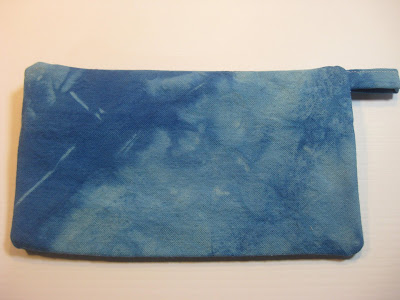 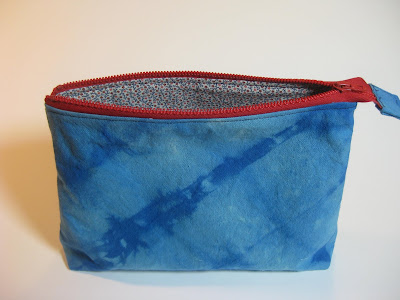 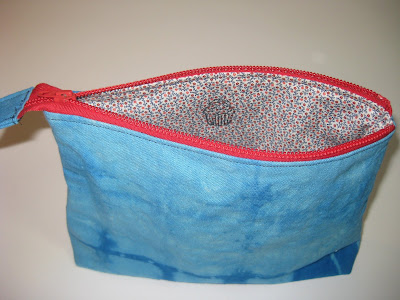 Our quilting guild is making small toiletry bags for a couple of charities and so I decided to make some from the heavy canvas. With the canvas you do not have to use a heavy interfacing to make the bags stiff. 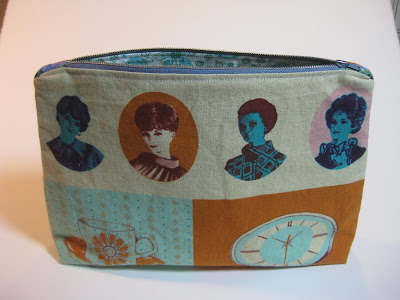 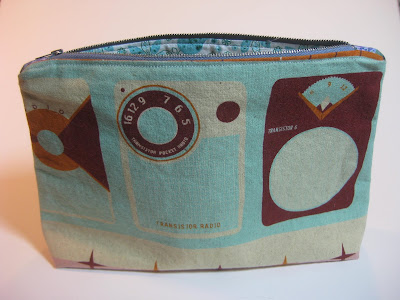 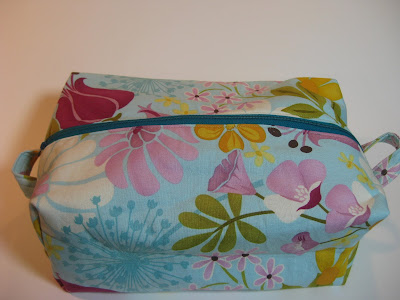 These other dopp bags needed some stiff interfacing to make them form a box like bag. I like making these bags as they are simple and cute, take less then 1/2 a yard of fabric and a zipper. So far I have about 6 bags to give to the quilting guild. The patterns are free on line. The large dopp bag is on Craftsy, the other zipper bag is free on Noodlehead.
Posted by cupcake at 5:48 PM